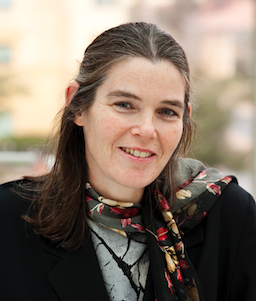 Professor
School of Engineering
Professor Daphne Koller joined the faculty at Stanford University in 1995, where she is now the Rajeev Motwani Professor in the School of Engineering. Her main research interest is in developing and using machine learning and probabilistic methods to model and analyze complex domains. Her current research projects span computational biology, computational medicine, and semantic understanding of the physical world from sensor data. She is the author of over 200 refereed publications, which have appeared in venues that range from Science to numerous conferences and journals in AI and Computer Science. She has given keynote talks at over 10 different major conferences, also spanning a variety of areas. She was awarded the Arthur Samuel Thesis Award in 1994, the Sloan Foundation Faculty Fellowship in 1996, the ONR Young Investigator Award in 1998, the Presidential Early Career Award for Scientists and Engineers (PECASE) in 1999, the IJCAI Computers and Thought Award in 2001, the Cox Medal for excellence in fostering undergraduate research at Stanford in 2003, the MacArthur Foundation Fellowship in 2004, the ACM/Infosys award in 2008, and was elected a member of the National Academy of Engineering in 2011.

Daphne Koller is the founder and leader of CURIS, Stanford's summer research experience for undergraduates in computer science - a program that has trained more than 500 students in its decade of existence. In 2010, she initiated and piloted, in her Stanford class, the online education model that has led to the formation of the online courses that are being offered by Stanford to the general public.
Instructor Courses
View all