Blog
How to become ethical hacker after 12th? 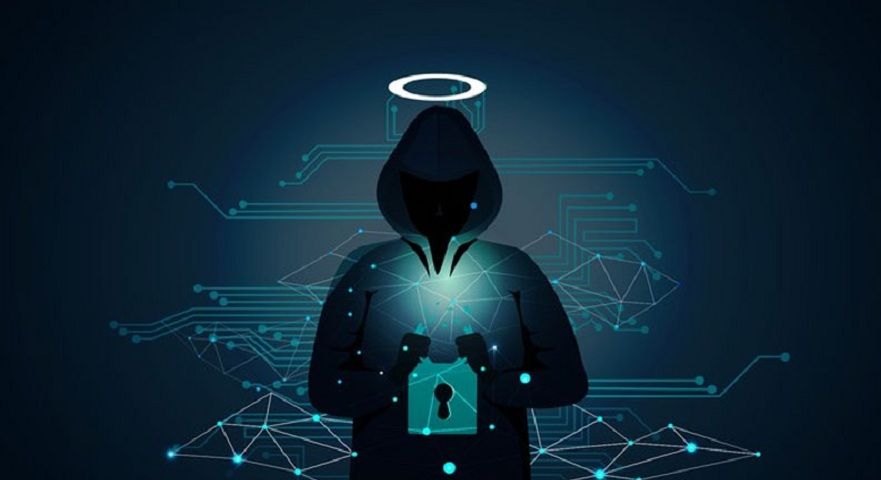 How to become ethical hacker after 12th?

Information security is a burning question in 2022. Hackers pose a risk even to IT security providers. For example, even such an industry leader as Fire Eye had to admit that it was hacked. This raises the demand for ethical hackers. Indeed, who can best counteract a black hat hacker than an ethical hacker? IT companies employ them to discover vulnerabilities before black hat hackers do.

According to the statistics, the demand for ethical hackers have lately risen from +4% to +12% monthly. Seems like a promising career path, but how to become an ethical hacker in India? Read our guide, and you will learn everything you need to know about ethical hacking, courses, and certifications you need to pay attention to, the best hacking courses after the 12th, and much more useful information.

What is Ethical Hacking?

Before we delve into the topic of how to become an ethical hacker after the 12th, let's first define what it means. All of us have heard about hacking, whether from the news or pop culture. The first thing that comes to mind when we hear the word "hacker" is a loner sitting in a dark room before his computer, writing lines of code, trying to get access to some database. In fact, hacking indeed presume to break into a secure network or system with the purpose of accessing and maybe even changing sensitive data. But what is ethical hacking, and why is it a profession then?

The thing is that to find the ways so-called black hat hackers break into a network, the best way for a company is to employ a white-hat hacker with the technical background and skills to be a black hat hacker but who decided to play on the legal side. Such hackers are controlled by the top management, so they do not misuse the information they get access to, but their task is to find loopholes and vulnerabilities intruders can use. Seeing them in a safe manner allows for developing a better security system, thus, better protecting sensitive information and end users.

If you are thinking about a career in ethical hacking after 12th, what skills and qualifications do you need?

The most preferred and valued future employee qualification is an IT degree. Although there are no precise degrees that focus on ethical hacking, there are some that will give you relevant education. For example, it could be a Bachelor's Degree in IT such as:

· B.Tech (Bachelor of Technology) in Computer Science and Information Technology

Qualifications required for an ethical hacker can also be obtained and amplified through certification and postgraduate courses we are going to talk about further in this guide.

What to study to become a hacker?

We have already mentioned the faculties you should consider to get ethical hacking qualifications valued by employees, but what skills do you need?

· As for any IT speciality, you need to know how to code. Naturally, each profession differs, and so does the depth of programming language knowledge. But if you wonder how to become hacker after 12th, you should definitely pay attention to learning such programming languages as Python and Java.

· Knowledge of how to work with certain software such as WireShark, Metasploit, Nessus, Social Engineer toolkit, Maltego, and others.

· Knowledge of different operating systems, i.e., Windows, OS, Linux, to be able to find vulnerabilities using any of them.

· Knowledge of cryptography to encrypt messages and data to protect them from hackers.

· Problem-solving skills as you will need first to detect problems and then find solutions on how to solve them.

What Types of Hackers exist?

We have already mentioned that most people know about hackers from pop culture, movies, and news and have a pretty one-sided perception of them. Most think of hackers as criminals breaking into government databases to steal sensitive information. In reality, everything is not as black and white. Ironically, there are black and white hat hackers. However, there are also grey hat hackers. So, what are these hackers, and how do they differ?

· Black hat hackers are the closest to the common perception of hackers. These are criminals who break into various networks and systems for their own gain and either steal or alter sensitive data.

· White hat hackers are ethical hackers. They find vulnerabilities that can be exploited by black hat hackers and eliminate them.

· Grey hat hackers are somewhere in the middle between the previous two. They have the skills and knowledge of both white and black hackers but do not work for corporations or, like black hat hackers, just steal the data. They may break into a network and be able to steal data but instead contact the owner and report the vulnerabilities they found, requesting a small remuneration. Some do it just to show off and highlight weak cybersecurity spots.

Previously in this guide, we have already listed technical bachelor's degrees that you should pay attention to if you are thinking about the best degree for a hacker. Besides, you can also opt for postgraduate degrees, i.e., master's degrees and certification courses.

Worth noting that even if you opt for technical bachelor's and even master's degrees, online certification courses are still a great addition to your education. They allow you to broaden and solidify your knowledge through up-to-date techniques learning and implementation. Online platforms such as Coursera, FutureLearn, and others offer a variety of cyber security online courses that you can complete at your own pace and get a certificate. The costs of such courses vary. You can even complete some of them for free, but to get a certificate, you would need to switch to a paid plan.

How to become an ethical hacker after 12th commerce?

Ethical hacking courses after 12th, if we are talking about a bachelor's degree, are easiest for enrollment for science stream students. It is relevant for all IT specialities as science focuses on mathematics, and it is a basis for any further IT education. However, if you pursued commerce, the best option is to go for a BSc course or Bachelor of Science in Information Technology or BCA or Bachelor of Computer Applications. In order to be eligible to apply for this ethical hacking course, you may need to pass the entry math exam or meet other requirements.

How to become an ethical hacker after 12th arts?

If you are planning on a diploma in ethical hacking after 12th arts, you should follow the path we proposed for those students pursuing commerce. On top of that recommendation, we would also add that it is highly beneficial for all students to also complete online ethical hacking courses. Which course is best for ethical hacking? We have compiled a list of the best ones for you!

Now that we have discussed eligibility for ethical hacking courses, skills, and qualifications you need, let's take a look at career opportunities.

The ethical hacker is very high in demand specialization since the concerns about cyber security only grow with time as the world's digitization continues. The fields where ethical hacking is needed include the governmental sector, IT, banking, the production of various goods, and many others. Basically, it is needed everywhere. But mostly you will find interesting job offers from such companies as:

Besides, you can work as a freelancer or open your own cyber security company and offer services of finding vulnerabilities and loopholes and solving them.

What job postings are relevant for ethical hackers? These are just some of the position names that you should look into: